A programme of short films presenting an alternative view of the Cumbrian landscape curated by Phil Northcott and Julia Parks, supported by Signal Film and Media. Screenings start at 13:00 and 15:00.

Not giddy yet aerial
Jenny Holt, 25.14 mins. 2011
William Wordsworth’s first sighting of Grasmere vale in the Lake District, his home for many years, was from Red Bank – an established viewpoint from where landscape could best be appreciated by the Lake District’s earliest visitors, tourists of the picturesque.
Over 200 years later, the Lake District’s familiarity as image, given rise to through picturesque ideals, has evolved into a brand. Taking this viewpoint as a framework, the film looks beyond the ‘scene’, invoking the landscape through interwoven lines of observed everyday narratives shot over the course of a year. A loosely symphonic structure counterpoints tensions provoked by a landscape created by farming, and a present day economy sustained by tourism.
jennyholtfilm.wordpress.com

Last Acre
Jacob Cartwright & Nick Jordan 11.25 mins., 2016
A documentary portrait centred on a remote settlement of self-built shed and cabin homes, located on the sand dunes of England’s north west coastline, near Barrow-in-Furness. The film explores the social and ecological topography of this off-grid, outlying community.
Existing on the margins of a rural, seaside idyll, and its surrounding industrial landscape, this unique place is an example of a ‘Plotland’ development: the improvised homes built in the early 20th century, on neglected, marginal or squatted sites, in response to increasing urbanisation and financial hardship.
The film interweaves history, people and habitat; with a soundtrack featuring Peter Warlock’s pastoral composition The Curlew (1922), based on the bird’s plaintive call and the poetry of W.B Yeats. Voice-over script based on ‘Arcadia for All: The Legacy of a Makeshift Landscape’ by Dennis Hardy & Colin Ward.
www.nickjordan.info

Egremont Red
Alex Culshaw 18mins, 2017
A self-reflexive project that follows the artists’ ambition to make a film about that which cannot be seen or captured.
‘Egremont Red’ begins with a preface that introduces two vastly different iron ore mines in Cumbria, England and Kiruna, Sweden as well as, Robert Smithson’s underground cinema. Written as a metalogue the narrative raises the problematic nature of realising an idea, exploring the relationship between ‘potential’ impossible propositions, the unseen, and ability to see.
The disused and flooded iron ore mine in Egremont has been converted into an arts centre. And we are led through footage of Florence Mine as well as the artists’ process of research and ambitions for the film.
The film ends with ‘Egremont Red – fade to black’; a re-staging of footage from Florence Mine that was originally filmed by ex-miner, Garry Connell. In the audio we hear an actor rehearsing a script formed from interviews with Jenni Payne – a co-founder of the printmakers co-op at Florence Arts Centre. The soundscape, made in collaboration with Jenny Berger Myhre, leads into a dream-like meditation on the process of documenting and reconstruction, in an attempt to get closer to a realisation.
alexculshaw.com 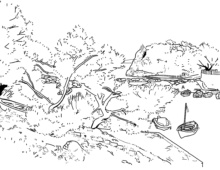 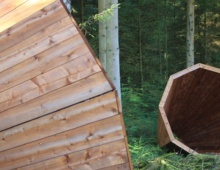 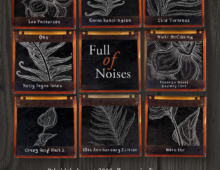