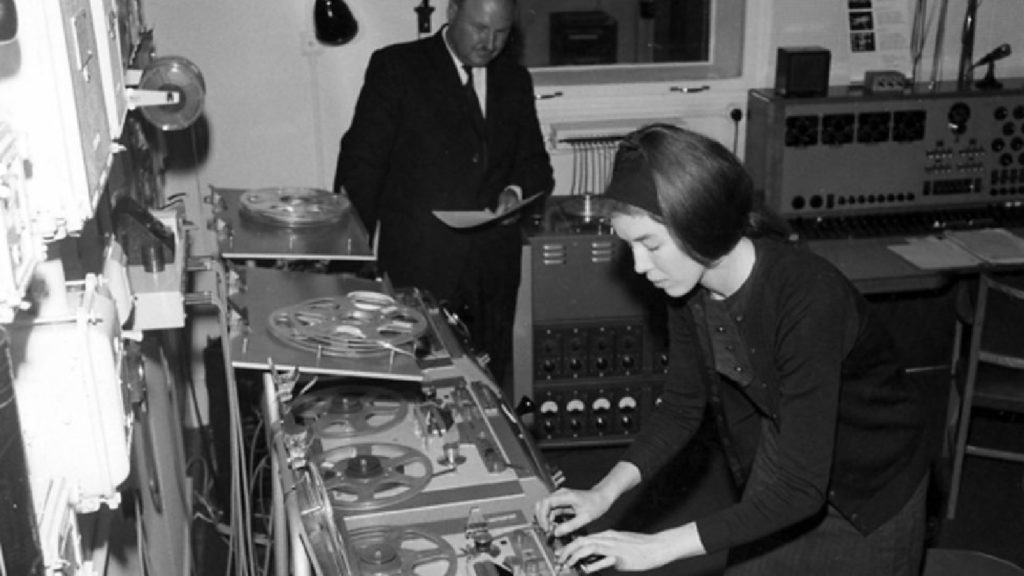 This particular story covers the time electronic music pioneer Delia Derbyshire spent in Cumbria in the mid-1970s. It’s one of those stories that will always remain rather ambiguous, as very little is known about this period in her life, so I have tried to reflect this in parts of the telling, and added my own theatrical interpretations to the piece. It has a foundation of two female oral history testimonies with an original sonic composition, produced to help reflect and re-tell elements of the story.

Jenn Mattinson is a freelance creative facilitator and sound artist based in Keswick, Cumbria. She has delivered a wide range of community initiatives, including oral history projects, community exhibitions and creative workshops for people living with dementia. She has produced a number of radio and sound art pieces, including a series of commissions from Octopus Collective, a sound art and new music organisation based in Barrow-in-Furness. Jenn is passionate about exploring multidisciplinary approaches to storytelling, and this if often reflected in her range of work.